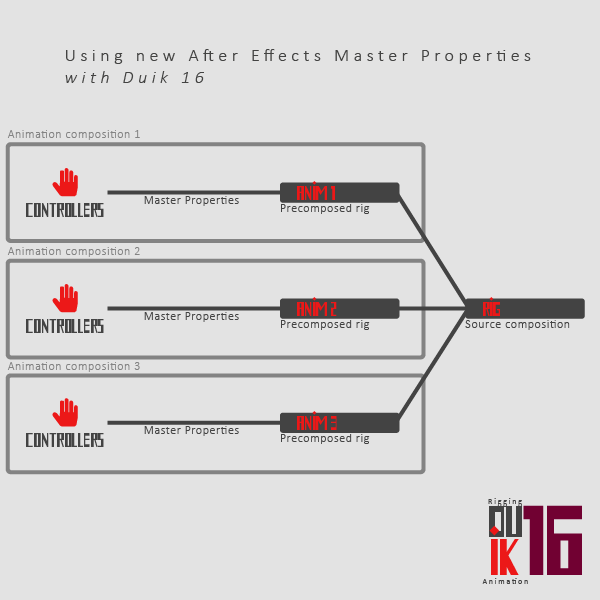 This is a great new feature which will be useful for many things in After Effects and which is going to greatly improve everyone’s workflow.

But let’s see in a few words how we’ve already planned to take advantage of this in the upcoming Duik 16 (We’re quite happy to be late on its development, as we’ll be able to include this in the public release and we won’t have to make a « 16.5 » release 🙂 )

With Master Properties and Duik, you will be able to use one single rigged composition to create as many animations as you wish, in one single After Effects project!

Without duplicating the rigged composition, which will be some kind of reference, you will be able to use it as a precomposition in several animation compositions.

This means you will be able to easily adjust the design or even the rig without losing the animation! It also means you can easily animate several shots in the same project, without duplicating the rig (and all its precompositions).

Also, Duik will let you « extract » the controllers outside of the precomposition in a single click, to quickly begin your animation!